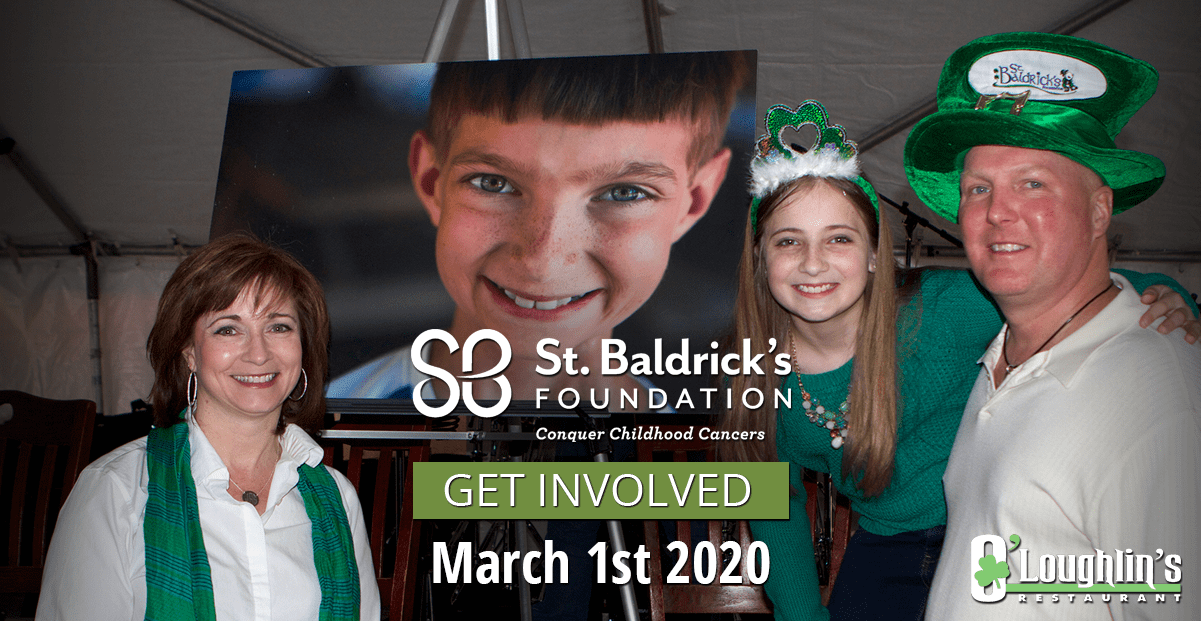 12th Annual Brave the Shave In Memory of Joey Sudo

Be a hero for kids with cancer!

Come and help us raise awareness and money for cancer research at our 10th Annual, Brave the Shave fundraiser for the St. Baldrick’s Foundation. What started out as a dare almost 20 years ago between the founders of this national organization has now grown into a multimillion-dollar charity raising funds for kids with cancer. Since then St. Baldrick’s has raised not only millions, but also awareness, and inspired a nation! The foundation sponsors thousands of events around the world. All in a march toward making substantial research strides in the way we diagnose and treat children diagnosed with cancer. This year marks the 10th anniversary of O’Loughlin’s participation in this astounding fundraiser. We have seen our event grow substantially year after year. We hope to make 2020’s the biggest yet!

What is the St. Baldrick’s Foundation?

Almost 20 years ago a couple of guys (Tim Kenny, John Bender, and Enda McDonnell) challenged each other to give back to their community. What started out as a dare transformed into a big idea. “Let’s shave our heads to raise donations for kids with cancer!” In 2000, they hoped to raise $17,000. However, this bold act of “baldness” managed to gather over $100,000! Only two years later, in 2002, they amassed over 1 million! In 2004, The St. Baldrick’s Foundation was officially formed, and since 2005, they have given over $232 million to research grant funding to help kids diagnosed with cancer.

O’Louglin’s Brave the Shave in Memory Of Joey Sudo

This year marks O’Loughlin’s 12th anniversary of participating in St. Baldrick’s national shave event. Every year teams form and compete to see who could raise the most money all for the promise of shaving their heads for every dollar donated. While the fundraiser is steeped in fierce competition light-hearted fun, the cause we support is anything but a laughing matter. This event is near and dear to us here at O’s. The event honors our local home-town hero Joey Sudo. He lost his battle with cancer in 2012 at the age of 12. Since our first Brave the Shave we have raised over $636,000 for cancer research.

Be a Hero for Kids with Cancer

Join us for this year’s Brave the Shave for St. Baldrick’s event. Whether you decide to shave your head as an individual or a team, volunteer or donate, we hope you’ll be a part of the excitement! Make the commitment and get involved. On March 1st, 2020, you can give hope and fight childhood cancer.