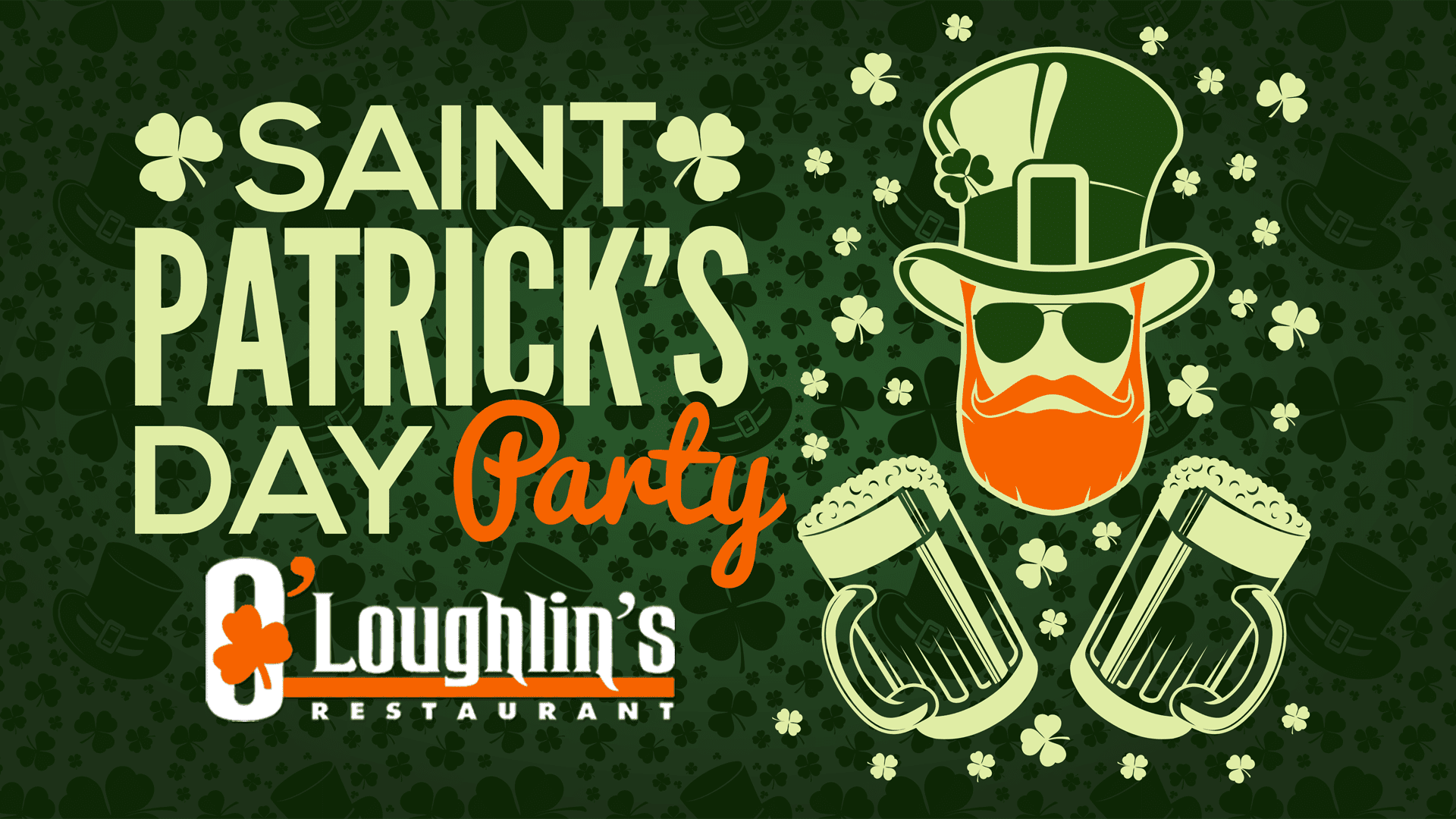 Don’t give an Irishman any reason to party because we don’t need one. We will have bagpipes, green beer, giveaways and more. What else would you expect from your local Irish pub? There is no better place to hang your hat than O’Loughlin’s for St. Patrick’s Day. 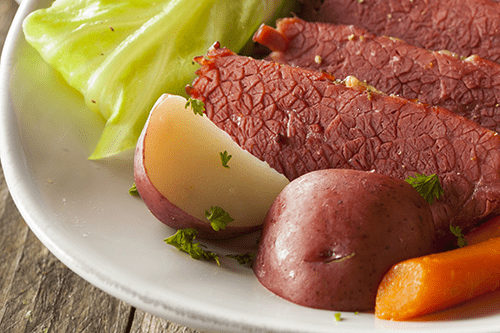 We can thank the deli’s in New York city for Corned Beef and Cabbage. It was when Irish immigrants came to America that they tasted corned beef. Very similar to Irish bacon, it was a great alternative to pork, which was more expensive. Along those lines, cabbage was also readily available, hence Corned Beef and Cabbage. Both cooked in the same pot, this was a hearty dish for early Irish-American settlers. Now we eat it more out of nostalgia than necessity. 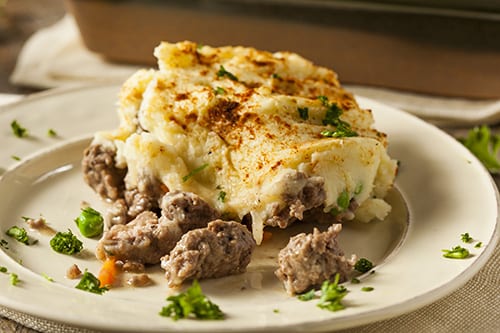 This pie originated in Scotland and northern England. It was most likely used from leftover roasts. Made with chunks of meet, it probably didn’t become popular until potatoes were widely accepted around the end of the 1700s. Before then, it was said to be made with pastry crust instead of the potatoes. It was also called cottage pie. It received it’s later name, Shepherd’s Pie, due to the meat of choice: lamb. 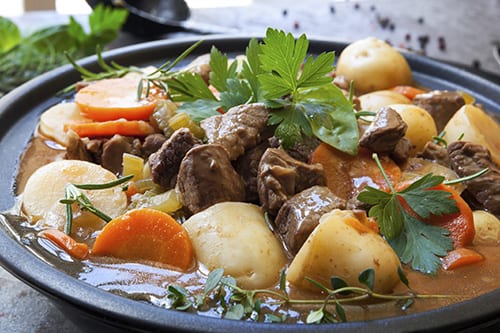 Considered a filling peasant dish, this stew is anything but ordinary. It is full of flavor and traditionally made with the most readily-available ingredients. The Irish primarily raised sheep and root crops, mainly potatoes. Irish stew, called “ballymaloe” or “stobhach gaelach” in Gaelic, was made of lamb, potatoes, onions and parsley. Depending on the crops available they would sometimes add turnips, parsnips, carrots and barley. 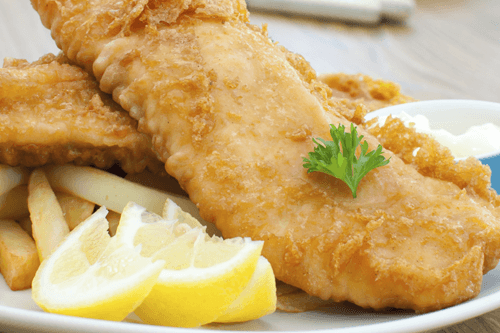 From English origin, this long-time favorite is commonly made with Atlantic cod or haddock. While it is argued who in England came up with the dish, it was around 1860 that this popped up in the local cuisine. However, it is known we can thank Belgian housewives for the culinary invention of chips. It was actually in replacement of fish during frozen winter months that lead to creating fried potatoes. No matter where they came from we are happy they came together in this dish.